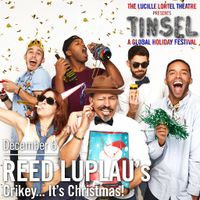 The Lucille Lortel Theatre has been in continuous operation as New York's premiere Off-Broadway Playhouse since 1955.